Soft washing is a low-impact washing system used for rendered building surfaces, cladding and roofs. We use specialist soft chemicals to clean algae and dirt from sandstone, rendering, delicate driveways and patios.

What is “Soft Washing”?

Soft washing is a cleaning technique that safely removes organic stains, mildew, and algae from outdoor surfaces while using low-pressure washing with a solution of algaecides, bleach, surfactants, and water.

Why should your roof be soft-washed?

Gloeocapsa magma (algae) on roofs, is abundant and frequently forms distinctive black streaks on your shingles. This chemical spreads out and grows stronger in high humidity and heat, which harms your roof. It survives off of the moisture that some kinds of shingles retain. As a result of the damage, the roof starts to lose its capacity to reflect UV rays, which eventually causes the shingles to rot. This is considered to have a serious impact on roofs and can shorten a roof’s lifespan by up to 10 years. Only soft washing may successfully remove these algae without harming the shingles or nullifying any warranties.

Contact Us today to discuss your cleaning requirements and arrange a free quotation!

How much will you charge to soft wash my property?

It really depends on the size of your property. Give us a call on 07772 324146 and we can arrange a time to visit you and give you an accurate quote.

What areas do you cover?

We cover all of Milton Keynes, Bletchley, and Bedfordshire plus the local surrounding villages. If you are unsure if this includes you, why not give us a call on 07772 324146 and we can see if we can help you.

How can I book your Low Impact Soft Washing Services?

Gareth and Sarah cleaned my roof and have done an amazing job. Would deffo use them again without fail.
Roof cleaning of moss

Gareth and Sarah were both very efficient and effective at each stage of the job. Additionally, they provided further help and advice which was very useful. I would recommend them without hesitation for this type of work.
Rendering Soft Washing 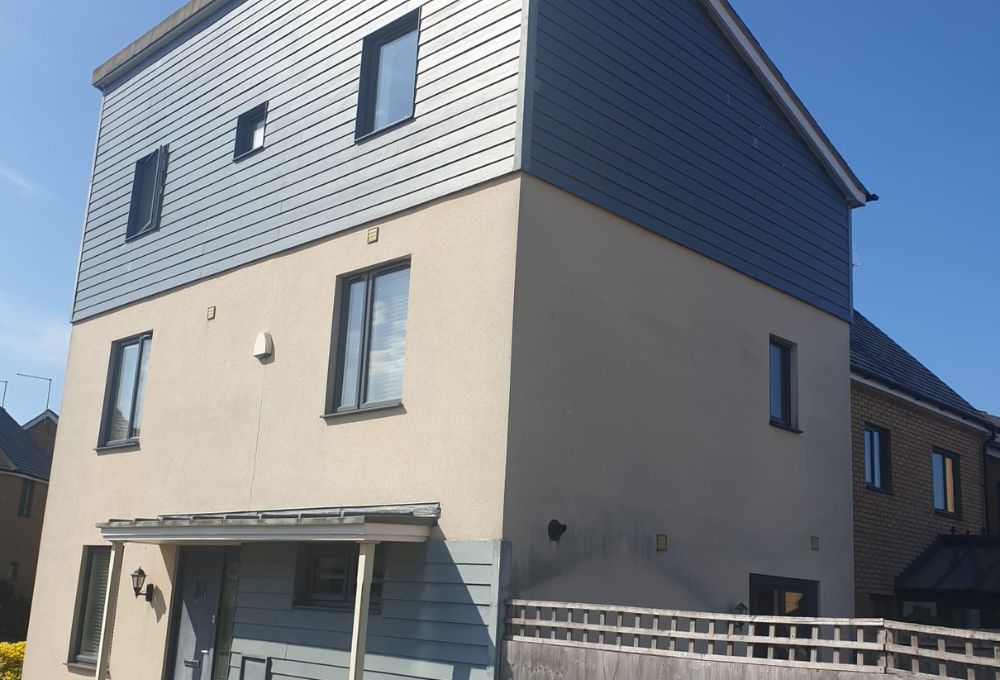 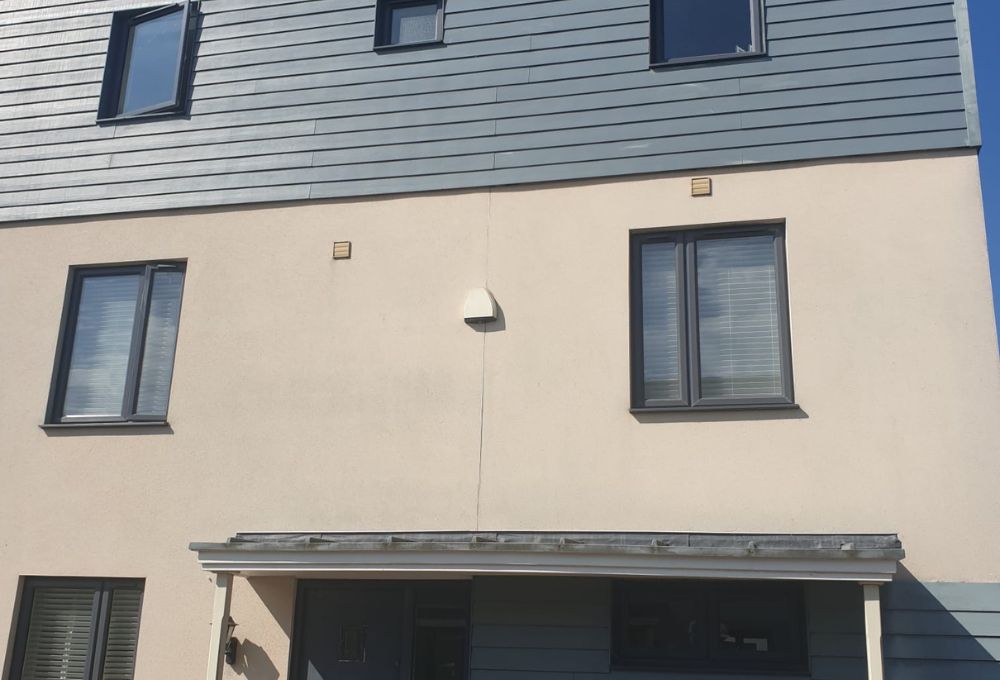 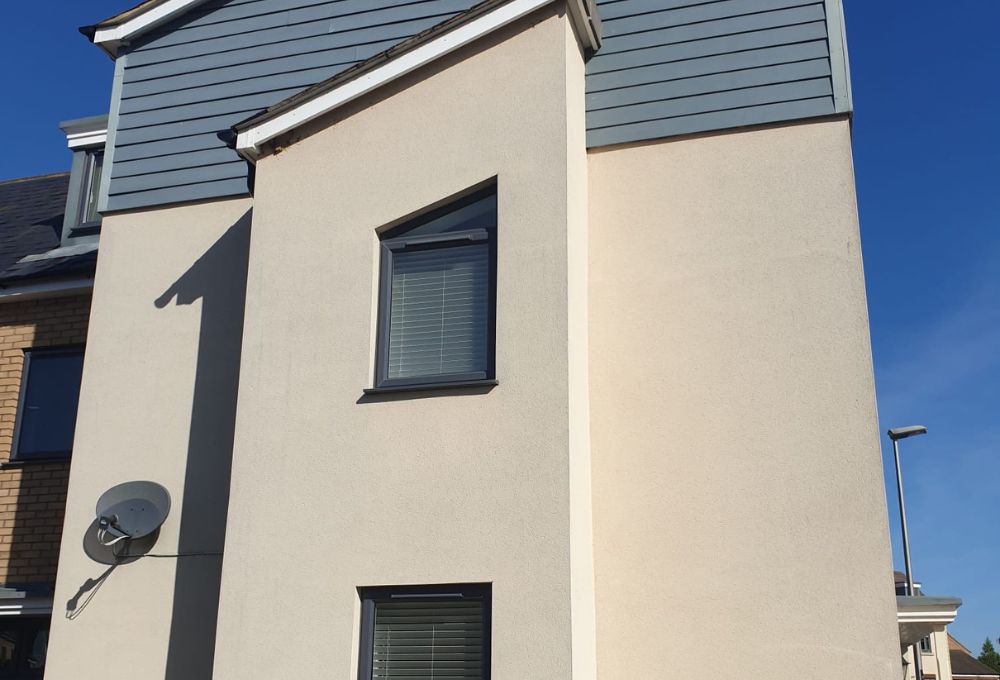 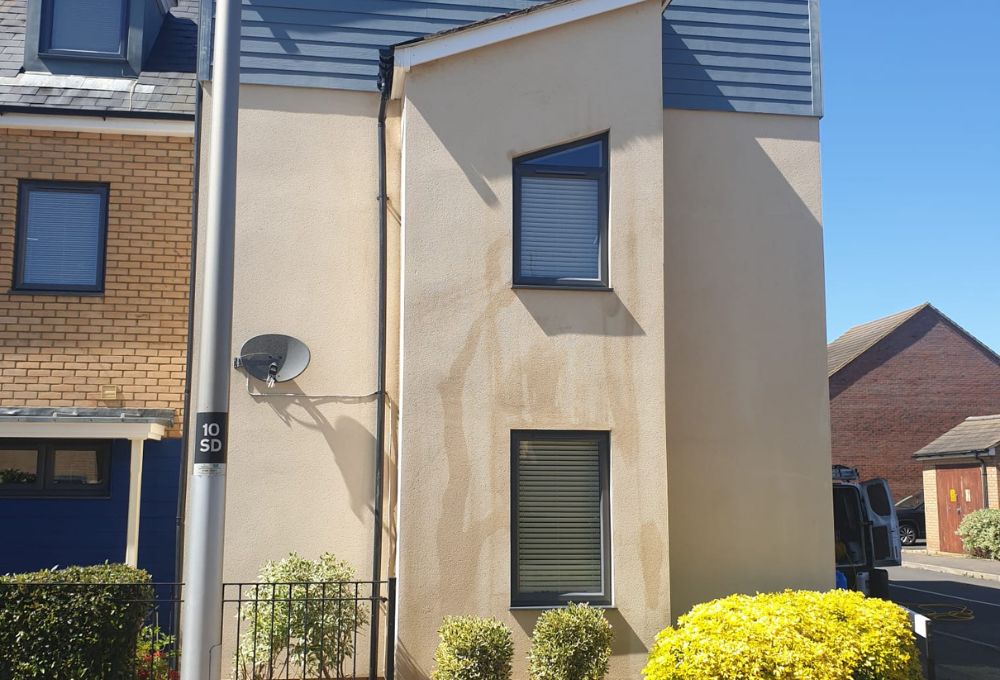 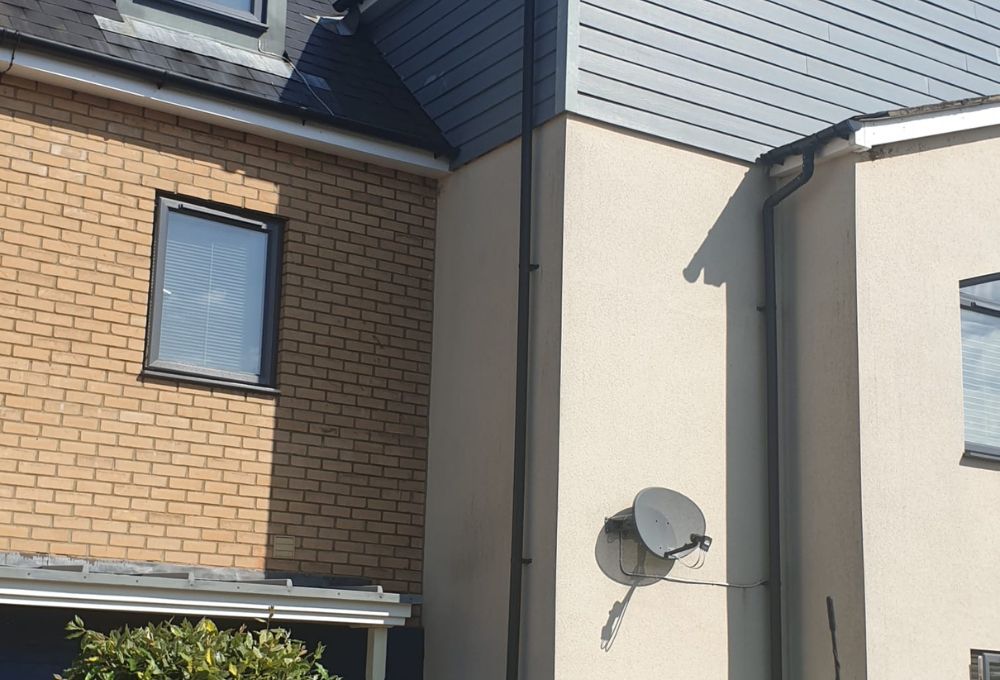 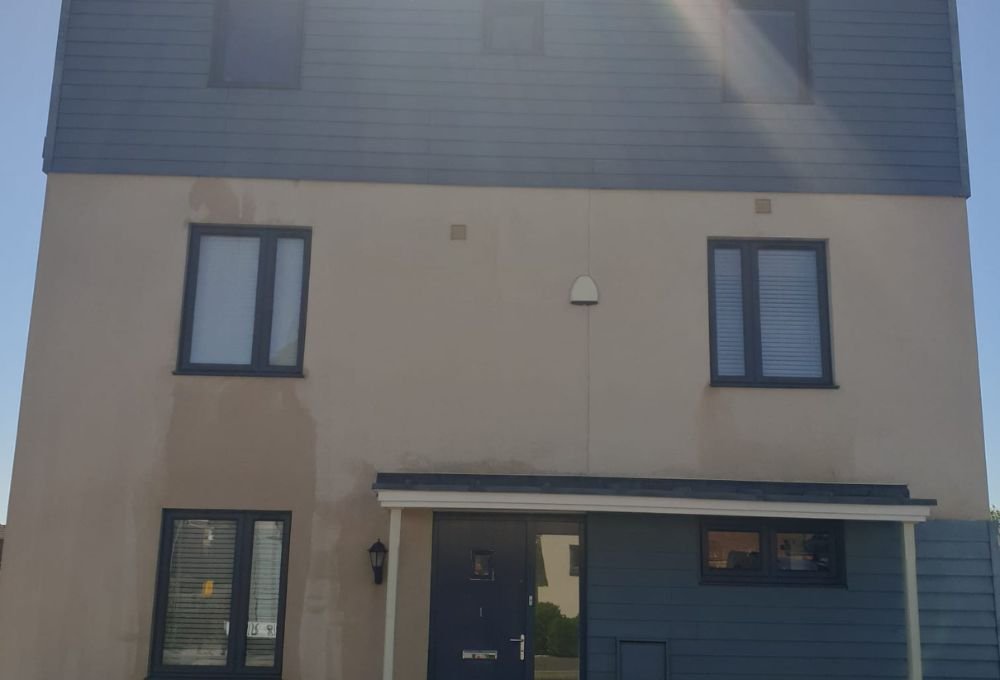 Get A Free Quote

Residential Cleaning Services You Can Rely On 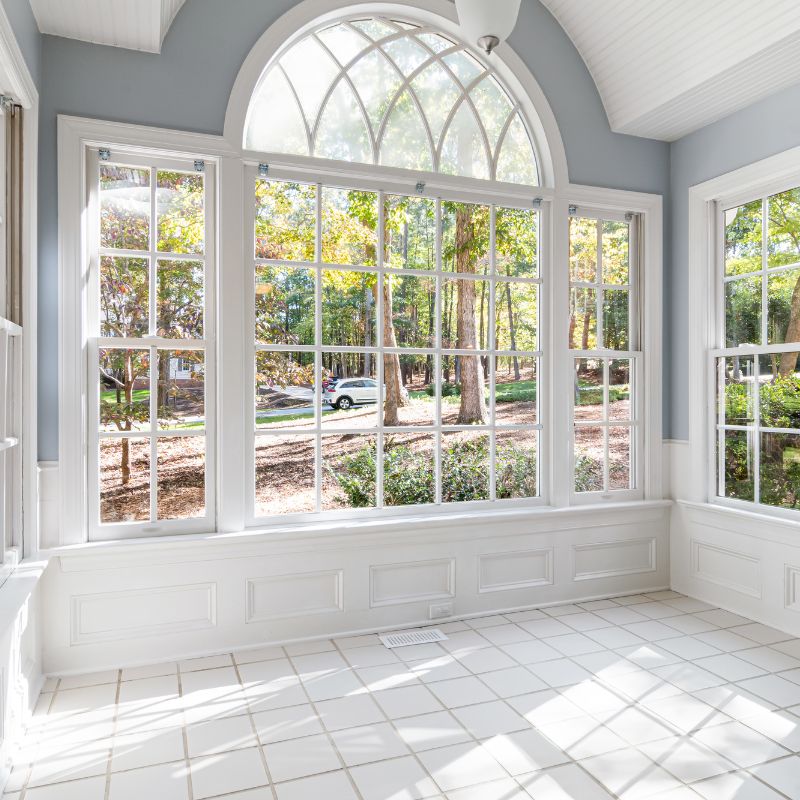 We use a ‘Reach and Wash’ system to allow us to clean windows at most heights, using fresh purified water. Great for the environment as we don’t use any nasty chemicals! 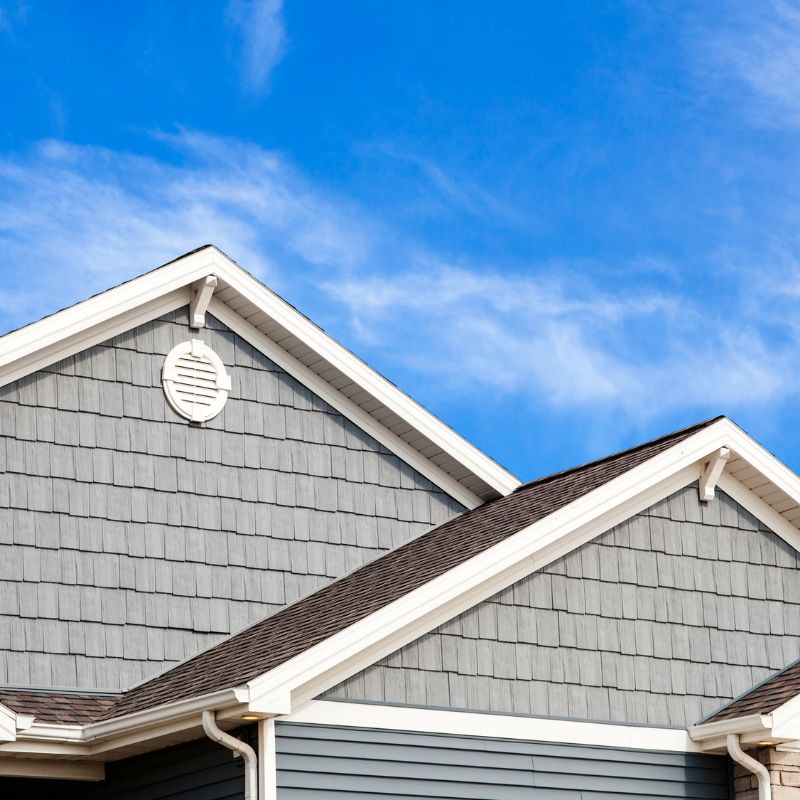 We can clean your Soffits, and Fascia Boards and using a gutter vacuum, clean the debris and leaves from your gutters allowing the dirty rainwater to wash away without causing damage 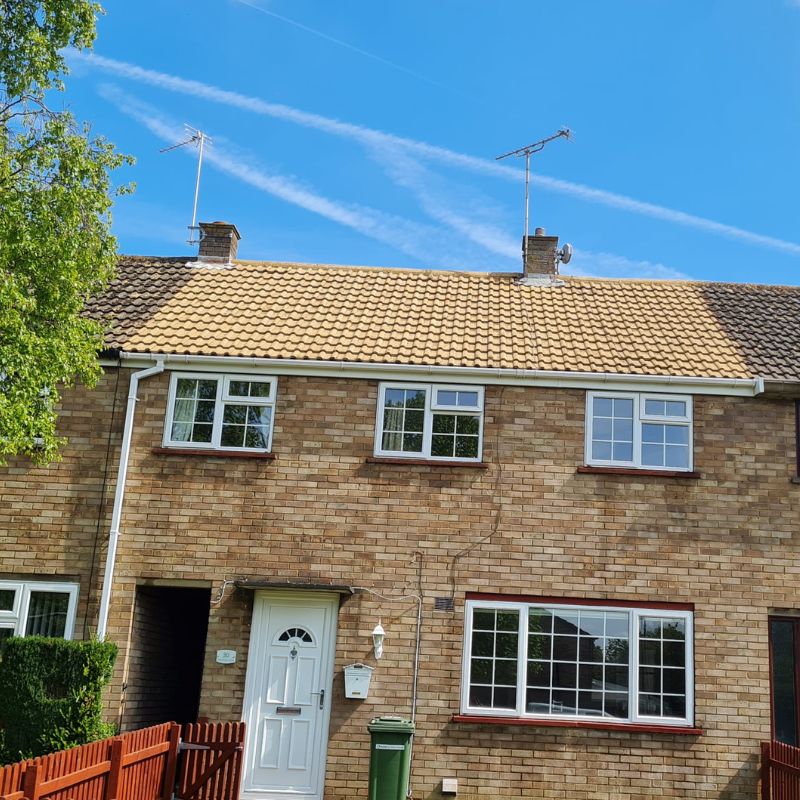 Soft washing is a low-impact washing system we use for rendered buildings, cladding and roof tiles. We use specialist soft chemicals to clean algae and dirt from sandstone, rendering, delicate driveways and patios. 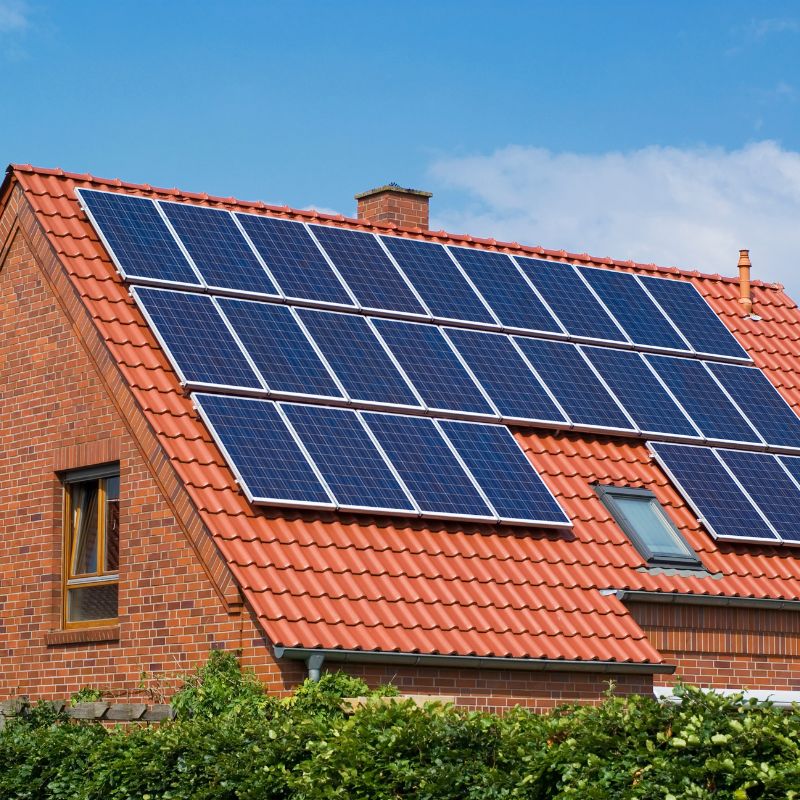 Solar Panels need to be kept clean to be efficient at capturing the Sun’s rays.

S & G Cleaning Services use purified water to clean your solar panels helping to make them more efficient and save you money.

Commercial Cleaning Services You Can Rely On 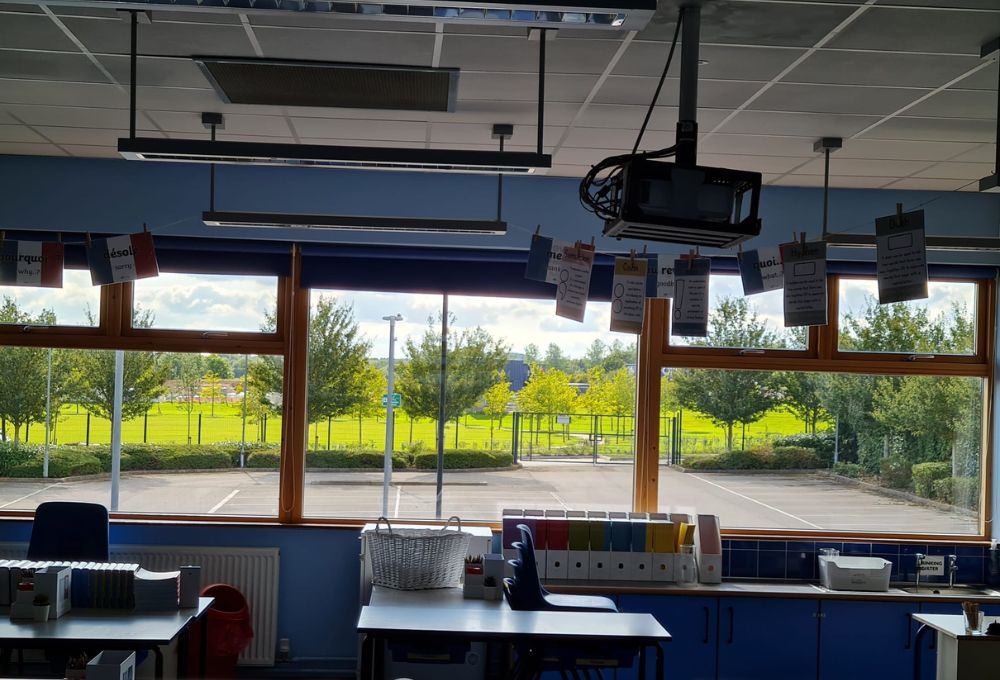 We use a ‘Reach and Wash’ system to allow us to clean windows at most heights, using fresh purified water. Great for the environment as we don’t use any nasty chemicals! So why not spruce up your shop windows or give your office a nice fresh feel! 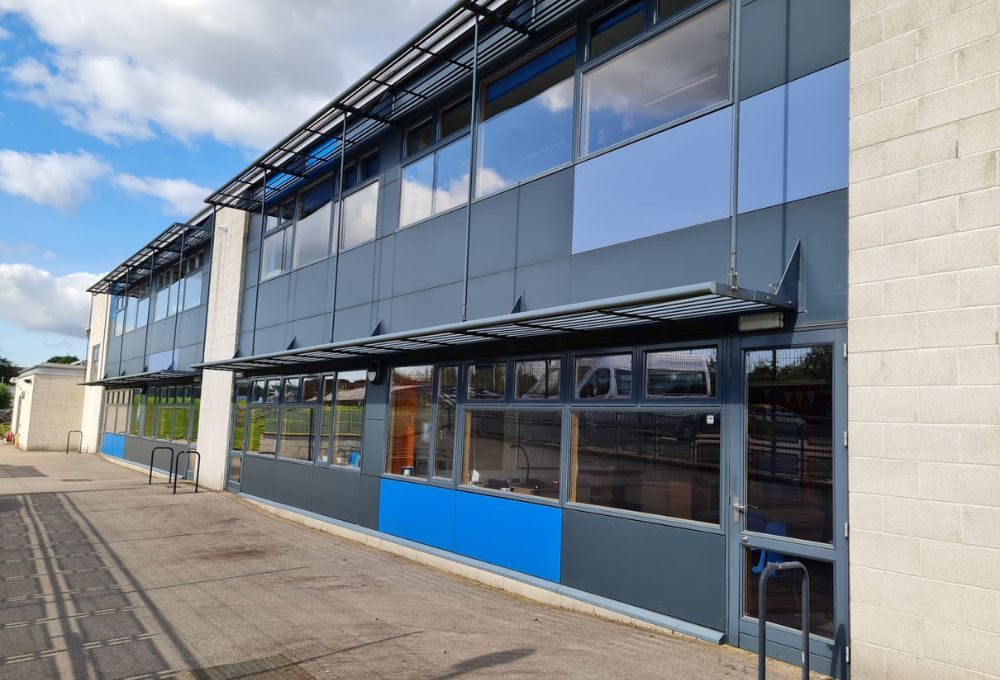 Using a high-pressure wash system we are able to life years of dirt, oil, chewing gum, and grime from pathways, car parks and shop fronts.

You can find out more about which cookies we are using or switch them off in settings.

This website uses cookies so that we can provide you with the best user experience possible. Cookie information is stored in your browser and performs functions such as recognising you when you return to our website and helping our team to understand which sections of the website you find most interesting and useful.

Strictly Necessary Cookie should be enabled at all times so that we can save your preferences for cookie settings.

If you disable this cookie, we will not be able to save your preferences. This means that every time you visit this website you will need to enable or disable cookies again.